As at the time of writing this, I haven’t run for four days…

Like many runners, I have the occasional ache and pain, some of which seem to reappear every so often. However, I am lucky enough to have never had an injury that has stopped me from running. Until now.

Without launching into a long and boring list of symptoms, I think it may be because my hips are wonky! I first saw a physiotherapist about hip pain over 15 years ago, way before I ever started running and I think I have been treating symptoms rather than causes ever since. The latest ache turned into a big ache in the middle of a run and so I have an appointment with a new sports injury therapist in a couple of days.

In my few days off, I have found myself looking enviously at other runners, staring wistfully at snow free trails and surfing running shoe stores online with credit card in hand. All this has made my mind race on from where it should realistically be and start to wonder What if? What if I can’t run for ages? What if I could never run again? What would I do? and more importantly, Who would I be?

It probably sounds crazy to non runners, but I’ll bet most of you readers will understand exactly what I mean. Running has become such a part of me, it’s what I love to do and it’s a huge part of who I am. It has made me healthy and happy. It has helped me through some very stressful and difficult times and been the source of great celebrations. Running has enabled me to meet so many inspiring people and travel to many beautiful parts of the world. It has given me such wonderful experiences such as being an ambassador for brands and races, helping organize local events and being on radio and television.

So as I wait for my appointment, I will try not to panic about the training I should be doing. I will be happy for other runners who are out there when I’m not and I will commit to whatever the therapist tells me to do.

But first, I think I will just press that little button that says ‘order now’… 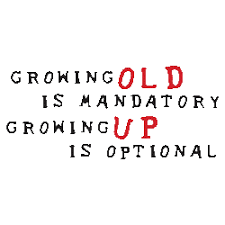 As a personal trainer myself, I love watching other trainers working with clients. Often I get great ideas from them but occasionally I see things that make me cringe.

If you were hiring a personal trainer, what would you expect from them? Here are my top ten suggestions:

1. I’m sure your 20 year old butt looks much better than mine, but please do not spend half my session demonstrating your perfect squat in front of the mirror

2. Do not ask me to do an exercise that you can’t demonstrate

3. I’m sorry if I’m interrupting your lunch break, but please don’t eat when I’m paying for your time

4. Oh, and don’t stand there with your Starbucks in one hand and your cell phone in the other (yes, really)

5. If my session is an hour, I expect your attention for most of that hour. This does not mean you can leave me on the chest press machine while you wander off to chat to your buddy

6. Talk to me. I may not be able to answer you in more than one syllable, but silence is awkward

8. On the other hand, don’t yell at me. That’s not encouraging, its mean and I might not want to come back

9. Don’t just talk the talk:  an overweight, unhealthy trainer does not inspire confidence

10. Remember my name, act like you’re pleased to see me and have a great workout planned for me