One of the things I love about the running community is that everyone has their own story of why they started running and what it means to them. Everyone started somewhere and has overcome some kind of struggle to get there. It may have been a lack of self – confidence, a health or weight issue, a lack of support, as a relief from a stressful situation. This list goes on and on but whatever the reason, I gain a great deal of motivation from hearing these stories.

Recently, I was at an event where Adam Campbell was speaking. Adam is a former member of the Canadian National triathlon team who now likes to compete in very long runs! Last summer, he was competing in the Hardrock 100 (yes, that’s 100 miles of running!) and was just over halfway into the race, held in the San Juan mountains, when a thunderstorm rolled in! Now that would have totally freaked me out, but according to Adam, there was nowhere to shelter so they made the decision to get up and over the mountain as fast as possible. As they were almost at the peak, Adam and his running partner were struck by lightning which knocked them both off their feet. Now, if this was me, I think I would have curled up in a little ball, sobbing loudly and waited for someone to rescue me. (There is a long standing joke in my family that when I was young, I was so scared of thunderstorms that I would go to bed with rain boots on as I had read that if you were struck by lightning, a rubber soled shoe could protect you somewhat!) 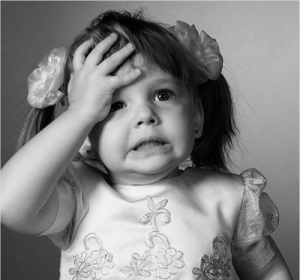 Anyway, luckily for everyone, Adam is much braver than me so he swore (I’m guessing here, but I bet he did!) got up off the ground and not only continued the race, but came in third place! Now that’s inspiring!

You can read more here: http://www.macleans.ca/society/qa-vancouver-runner-struck-by-lightning-finishes-in-third-place-anyway/

Another runner who inspires me daily is Darrell Henry. I have not yet been fortunate enough to meet Darrell in person but I have been following his journey closely. Darrell has a rare disease called Familial Adenomatous Polyposis (FAP) which is an inherited colorectal cancer syndrome. After being diagnosed with stage 3 colon cancer, Darrell underwent 6 months of chemotherapy and removal of his colon in early 2014. Although it was known that Darrell’s cancer would return at some stage, this happened far sooner than anyone expected and he is now undergoing more chemotherapy. However, in spite of this, Darrel, a self-confessed “obsessed’ runner, is attacking ‘The Beast’ and continuing to run, often logging the miles before he heads off for his chemo! I often think of Darrell when I’m running and when that sneaky voice creeps in to my head telling me to cut the run short because I’m tired, or I want to go home and eat cupcakes, I remember Darrell and think WWDD (What Would Darrell Do?)

So the next time you’re having a moment of self-doubt, remember that it’s also the ‘ordinary’ people who inspire. Someone is likely looking at you right now and thinking, “If he/she can do it….’